Bad news for India came during the third ODI against New Zealand, which will add to Hardik Pandya’s tension. 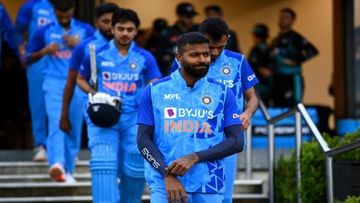 India won the 3-match ODI series against New Zealand in Raipur. Now he aims for a clean sweep in Indore, where India set New Zealand a target of 386 runs. In the midst of this match, the bad news came for the Indian team. After the ODI, India will also play the T20 series against New Zealand and in this series, Hardik Pandya will lead the Indian team, but before the start of the series, the opener Rituraj. Gaikwad needs to be looked after. His excitement rises.

Gaikwad is an important part of India’s T20 team and he is not fully fit. According to Indian Express, Gaikwad is suffering from wrist pain and has attended the National Cricket Academy.